Today is my last day off before my classes begin. Most started theirs today, I'm just lucky. With that in mind, since I have access to a computer on the CAPA campus - we're going back to the future the end of August where I will recap the fun bits of when I was in Cardiff!

I'm technically counting Friday (Day 15) into this post, but only because I left for Cardiff very late that night. The only interesting things I can recall from that Megabus journey was quoting Cabin Pressure when we stopped briefly at Swindon, ("Of Swindon, or Stroud, all covered in cloud, and it's much the same thing on your right") and when we were on the bridge in Bristol ("We could go to Bristol... I believe people do"). 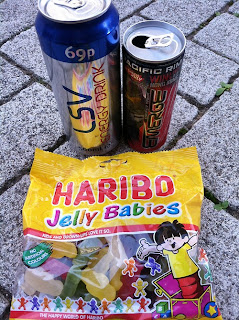 How I prepare for Cons, "Jelly Babies to manual!" 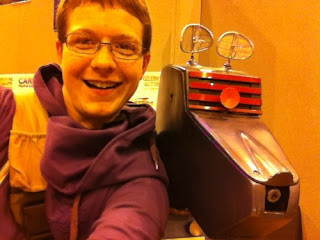 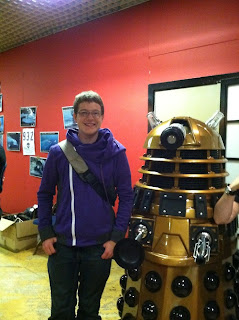 I survived meeting a Dalek! 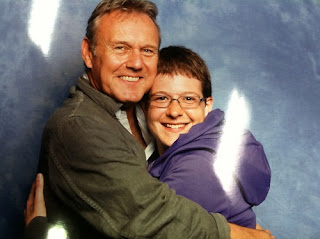 Me and Anthony Stewart Head 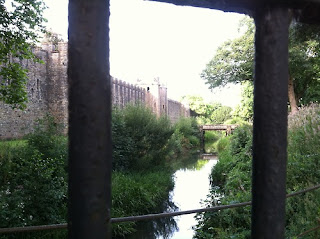 Cardiff Castle (Took a million pictures - we don't get castles in MN okay, I was nerding out) 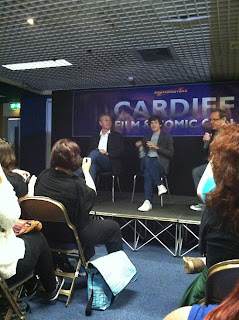 Anthony Head and Alex Vlahos at the Merlin discussion panel 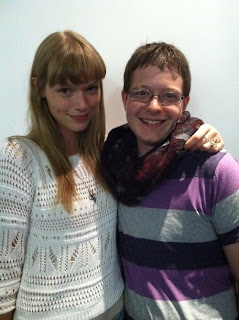 Me and Kajsa Mohammar (We compared cat stories; she's the actual sweetest) 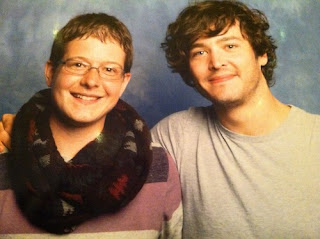 Me and Alexander Vlahos 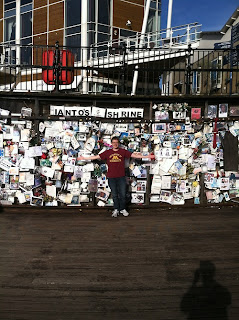 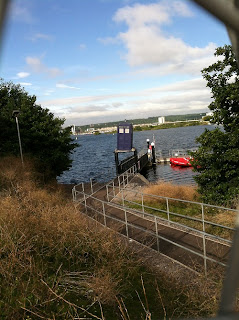 Guess who found the TARDIS?

For Saturday night/early morning, I didn't have accommodation set up, so when I arrived at 2:30AM... I walked around the city. The first place I went to was Ianto's Shrine, actually. The above pic of me there was on Monday morning. Both times I was the only one there for the most part. Sadly, I wasn't able to go on the Torchwood Tour with Kai Owen because those tickets had already sold out.

My Sunday and Monday mornings in Cardiff revolved around waking up at Bunkhouse Hostels (very cheap, £20 per night), finding a cafe that had free wifi, and walking around Cardiff Castle and going on the Taff Trail.

I did have a magnificent time in Cardiff. It's beautiful. The nightlife was booming. Not only was Comic Con that weekend, but so was Mardi Gras & Pride.

Cardiff is not a place that I wish to go alone again, however.

I think that Cardiff can be best enjoyed when there's no huge events (much less two huge events) happening, and one has a companion along. I know my boyfriend would really love Cardiff. At the very least, he would rush over to Ianto's Shrine so he could mourn once more of Ianto's death.

Speaking of deaths, I leave you now so then I can, once again, go on the quest to find the Jeremy Brett Memorial Tree. I received better directions from the people over at the Clapham Society, and I am more confident this time around in finding it.