For the duration of the weekend, I went back and forth between wether or not I wanted to travel to walk around Regent's Park. I had the energy on Saturday, but it was too gloomy outside even for my standards. It was sunny and otherwise gorgeous on Sunday, but my mental energy was at zero.

Since this day had switched back into the gloomy side, I practically forced myself to get out of the homestay. Two days inside had been enough for me.

I walked around Regent's Park just to get a feel of what it was. The scenery was beautiful, but it lacked the homeliness or a certain amount of comfort that Clapham Common has (in my opinion). Even Green Park had more of a homely feel, and that's by Buckingham Palace.

Regent's Park, for the parts I saw of it, had the "look but don't touch" vibe. It didn't outright say so on any signs or anything, but that's what it seemed like to me. 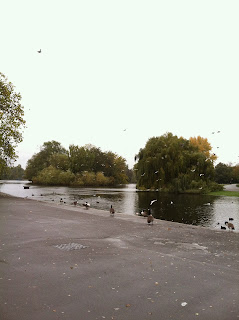 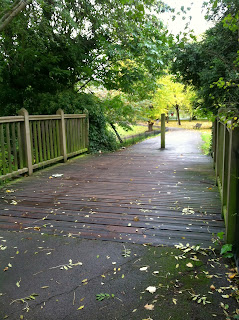 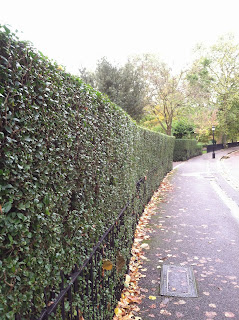 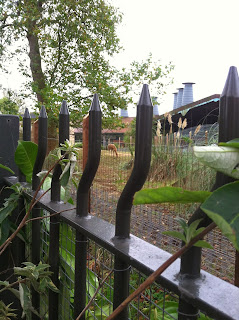 Spotted on the edge of the London Zoo

I did enjoy it though, for what it was. It prompted me to walk over to Primrose Hill, then to Swiss Cottage. I managed to dive into my memory from the one prior time I was at Primrose Hill and managed to not get lost. So many turns.

From there I took the tube to Kilburn, and I, spur of the moment, challenged myself to see if I could walk from Kilburn station to Wembley Arena. I made it as far as Neasden station before my legs begged for mercy. Wembley Arena didn't seem so far away from Gladstone Park.

Later on in the evening, I attempted to go celeb spotting at the Catching Fire World Premiere over at Leicester Square. Why would you go, Lucas, if you don't even know the franchise, you might ask. Well, in case of the chance that certain people I admire who weren't in the movie might show up, really. *cough*Chiwetel Ejiofor*cough*

I didn't stay for long because I couldn't see anything important, and the crowds got to me after a few minutes. 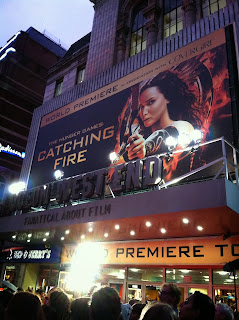 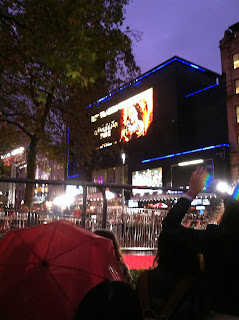 This was the closest I was able to get

Feeling restless and antsy, I buggered off over to Covent Garden to see the progress of their Christmas light decorations from the last time I went there. 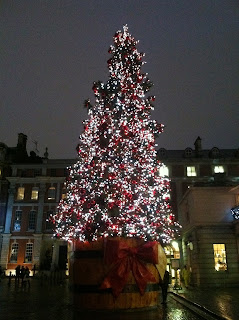 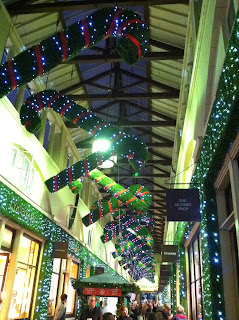 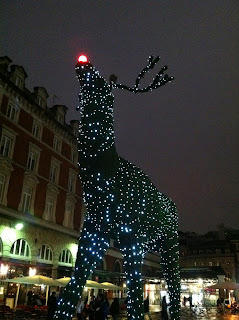 I may not be the biggest fan of Christmas, but I do like shiny things and pretty lights.