My Magical Quarter Century started on the 26th on a 9 hour Megabus ride. I arrived in Edinburgh on the 27th at just around 2AM, with a three hour gap until the Scottish Citylink bus left for Glasgow. Because of this, I didn't feel the need to get accommodation, so I walked around the city. I was surprised by how close the Conan Doyle bar was to the bus station, as well as the Sherlock Holmes statue erected in remembrance of Sir ACD (he was born in a building close to the statue, though not in its original state).

The bus ride to Glasgow from Edinburgh was very short. Not just because it was only about an hour, but since a child was crying for about 3/4 of the Megabus ride (my migraine disappeared when the child left at Newcastle), I was unable to sleep then, and thus crashed on the bus to Glasgow.

I didn't get to spend a whole lot of time there, less than a half day, so I explored the Necropolis, and Merchant City, which has loads of shops. 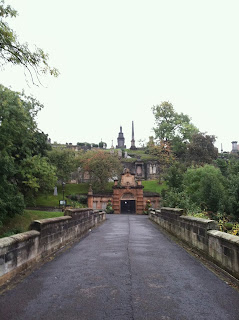 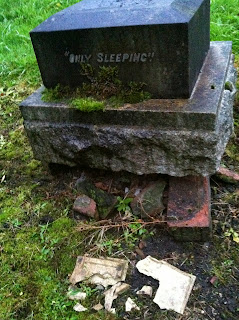 My favorite gravestone, possibly one of a vampire? 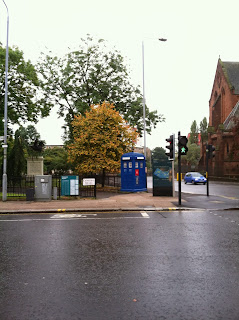 The TARDIS, spotted not to far from the Necropolis! Another TARDIS spotting in Merchant City!

I returned to Edinburgh in the evening, and promptly went to Brodie's Hostel to get my things in order. I had originally wanted to try to meet up with some CAPA friends, since some of them were also in Edinburgh for the night - but with my texting phone being dead and the wifi not being free; I gave up and rested. Had a lovely conversation at the hostel with an English guy and an Australian woman about the stereotypes of our respective countries, then went to sleep.

I woke up on the 28th at 5AM to pack up my things and head out to Arthur's Seat. Finding the actual starting trail was difficult since I arrived in the complete dark. I also confused the first mound I walked on as Arthur's Seat. Eventually it dawned on me that Arthur's Seat was definitely the highest point, not the first one I had been on.

One thing that was consistent throughout the 2.5 hour walk from start to finish was that it smelled like pancakes and fresh maple syrup. I have no idea why this is. It made me want pancakes. Not just pancakes. Al's Breakfast blueberry pancakes. They better still be there when I get back to MN in Dec...

Arthur's Seat was not easy. My knees were shaking for about half of the walk, and my feet wanted to sucede from my body and go back to the states. This walk is not one for a casual stroller, I'm afraid. It is a lot of physical exertion. 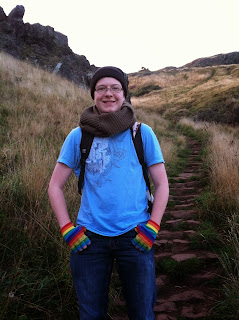 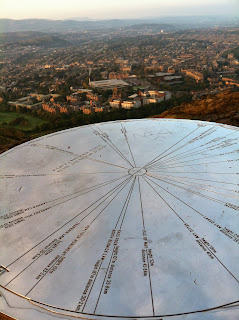 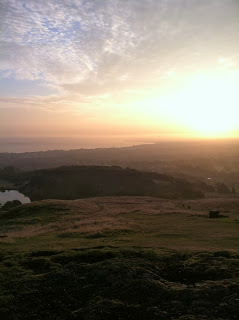 The North Sea in the horizon 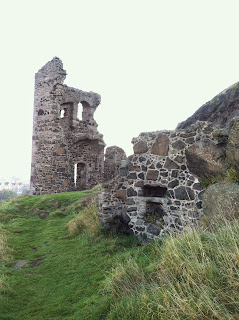 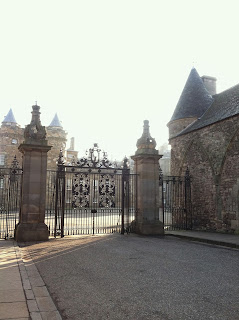 I have some spare time left for more Edinburgh adventures, so I walked up to Edinburgh Castle and along the Royal Mile, before heading to The Elephant House to treat myself for climbing Arthur's Seat. I was disappointed, however, to see that the Men's Toilet didn't have Harry Potter quotes and phrases all over the walls like I thought. Anyone know if there were quotes in the Women's Toilet? 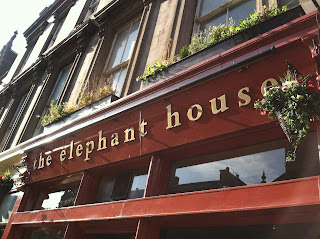 THE place where JK Rowling wrote the beginnings of Harry Potter! 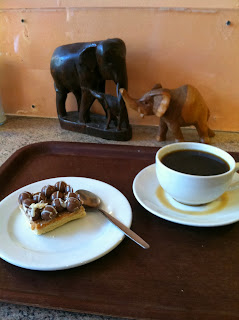 Malteser cake with a helping of coffee 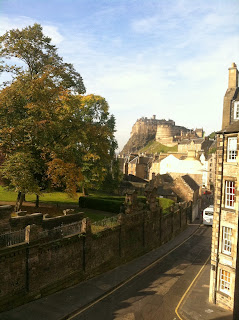 JK Rowling's viewpoint of Edinburgh Castle from The Elephant House

Magical Quarter Century Part 2 (out of 3) - St. Andrews will be coming in the next post!